Palazzo Morelli in Cosenza, is a building that was renovated with public money in order to create a place for social housing. Actually, the state then transferred the management plan to the Bank BNP Paribas from 2005 until 2017, using the space as an investment fund selling virtual sales through listing on the stock exchange. Many of the families that inhabited the Palazzo were thus left homeless ā evicted by the police. Afterwards, the main entrance of the building was walled-up to avoid future occupations inside the building. On Sunday, December 8, 2012, during a demonstration, the artist, together with the collaboration of Collettivo Prendocasa, began to demolish the wall in order to open a new entrance to the building.

āTo enable citizens who do not have access to housing to inhabit the Palazzo Morelli, which was originally refurbished with public money from the budget set aside for social housing. Through this demonstration, we denounce the fact that the bank uses the space with the endorsement of the state as an investment fund, selling virtual property through the stock exchange, and corrupting its initial use for which it was refurbished.ā (N. GĆ¼ell)

āTo offer houses to citizens who do not have a home. In a legal phase, the action benefits the users since the artist broke down the wall and therefore assumed all the legal consequences and responsibilities for that action. The users can get in without any legal consequences since there is an open entrance which allows a free entry.ā (N. GĆ¼ell)

People who have been evicted by banks and homeless 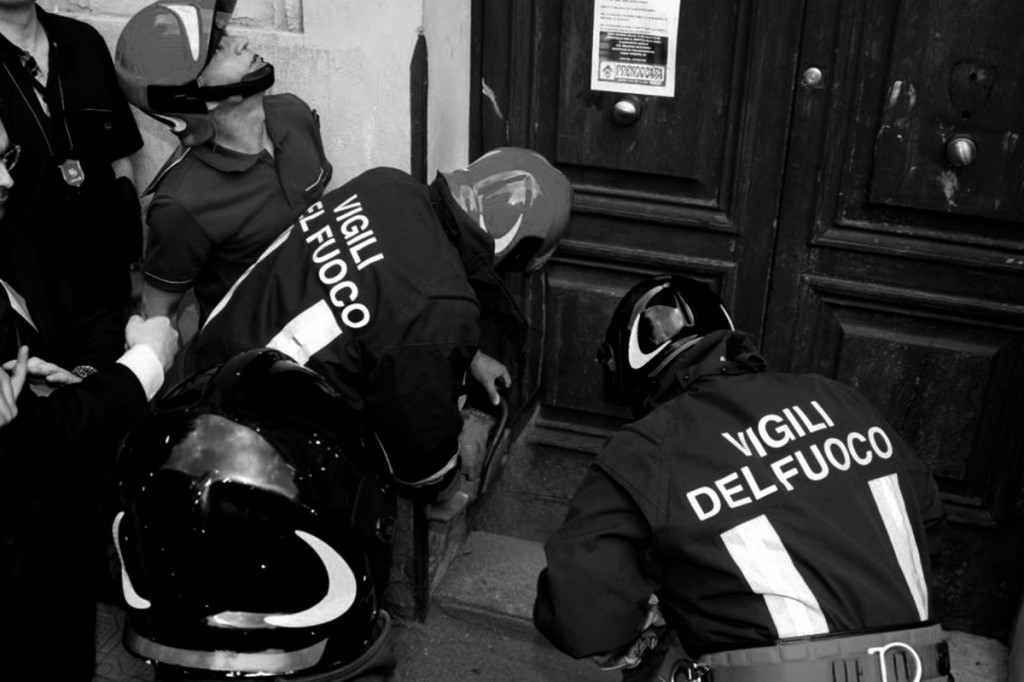