Lonely is a guide book to Ponte delle Torri (Towers Bridge), which is one of the favourite destinations for travellers, artists and suicides. It is a small publication of extreme explorations, on the border between travel literature, fiction and crime dossier. This is a publication along the lines of the touristic guide ‚ÄòLonely Planet‚Äô which deals with the concept of travelling and its historical, artistic and sociological context, in a transversal way. Several themes are included and debated: timing of fall, jump, damages, history, environment, hotels and restaurants for the last meal, art and a wide section dedicated to other places connected to suicide in Italy and across the border. In this way, instead of pushing the tourist toward the act of committing suicide, this guide tries to bore him and to ‚Äòspoil the party‚Äô.

This research starts from a ‚Äòdiscovery‚Äô, so to speak. Many suicides, before entering the void, plan, in detail, their suicide by choosing the last restaurant,
the right time, and so on. Considering the importance of this phase of preparation for death, the idea was to ‚Äòconsume and formalize‚Äô this ritual: to neutralize the practice of suicide. This manual also tries to stop the ‚Äôprocedure‚Äô through a guide and at the same time, tries to educate the audience about death and the
censured topic of suicide.

Lonely is a practical, detailed and funny guide to the city of Spoleto and its ‚ÄòBridge of Suicides‚Äô. It introduces the city and to its restaurants, museums, monuments. It is an original publication that deals in a specific and deep way with the historical and artistic aspects of the bridge that could not be found in a standard touristic guide. Moreover, the book is also an archive of interventions of contemporary art recently installed over and around the bridge.

Hypothetical suicide committers in a confused and hesitant phase. 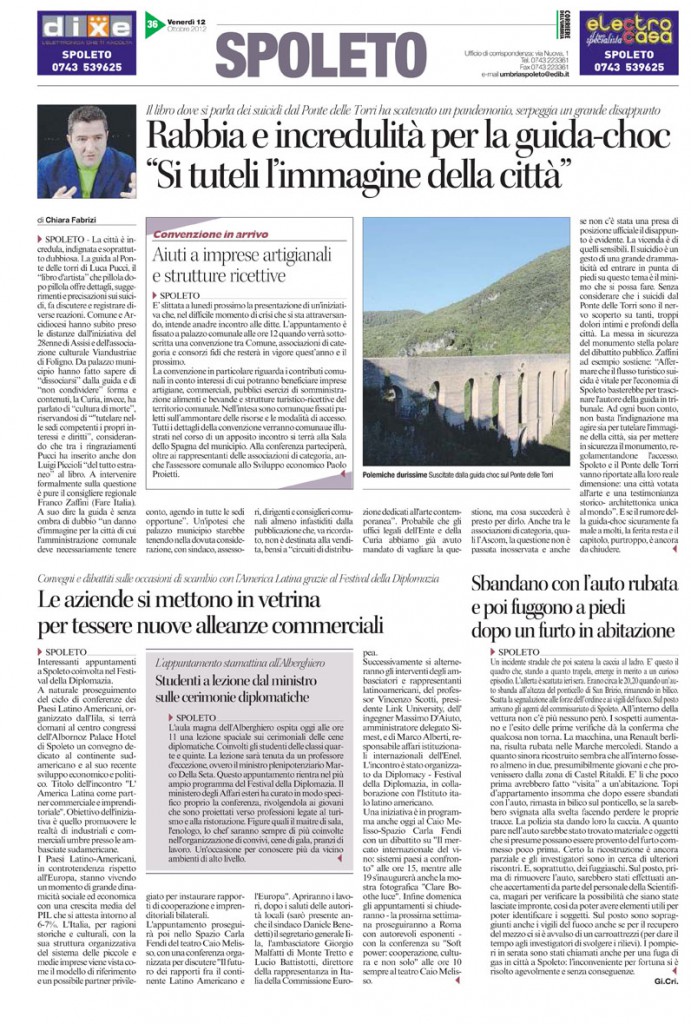