Company Drinks is a community enterprise which links the history of east London families 'going picking' (fruit and hops) to the constitution of a new business which incorporates the whole drinks production cycle, and makes each step of the cycle accessible. The commercial aspect of the enterprise supports the communal and cultural one, and Company Drinks runs a year-round intergenerational programme that includes growing, picking, making, socializing, trading and discussing economy.
The base is a former sports pavilion in a park in the London Borough of Barking and Dagenham, which has a large club room, a training and production kitchen and a large outdoor area with growing and recreational spaces. Workshops, public events and 'Hopping Afternoons' are held here which combine local heritage, local resources such as spare fruit and growing spaces, local skills such as recipe ideas, drinks production, specialist and localised knowledge, and a local economy. The drinks range change every year according to who are the people who go picking, where they pick and which recipes they might suggest.

Company Drinks produces syrups, sodas, saps, tonics, ciders, pop, and beers to be sold in order to establish an enterprise based on the principles of community economy, and to sustain a wide program of cultural activities such as workshops, events and study days about alternative economies.
In addition, the project creates an open public space where different generations of people coming from different cultural background can meet and produce drinks. Drinks are mainly sold during events locally and London wide. It is possible to buy them at the Barking Pavilion or in honesty fridges across London.

Every year around 1200 local residents engage with the project through various activities. The project has been recognised on a national and international level and today, it has developed into a fully-fledged community enterprise with a permanent base in Barking Park.

Initially funded by the 2014 Create Art Award, today the project is a Community Interest Company and it is run by Kathrin Böhm, Cam Jarvis, Pip Field, Oribi Davies and Tracky Crombie, Alice Masson-Taylor and Shaun Tuck (all part-time). Company Drinks is organized around a diverse set of economic underpinnings, stressing the monetary and non-monetary factors. Funders of the 2018 programme include The Wellcome Trust, Heritage Lottery Fund, the Greater London Borough of Barking and Dagenham, Big Lottery Fund, Barking and Dagenham Renew, Arts Council England and Santander Discovery Grant.

People living in Barking and Dagenham and wider east London, clients who buy drinks, commission bars, and researchers who use Company Drinks as a case study. 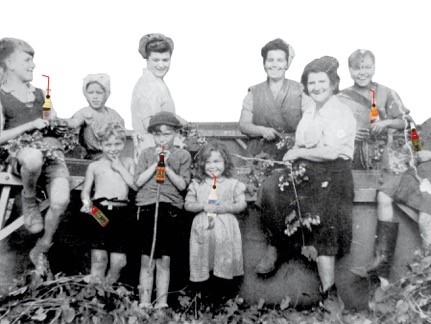