A two-day workshop and presentation with artist Tania Bruguera and members of the AsociaciĂłn de Arte Ăštil at the Jane Addams Hull House Museum as part of the Chicago Architecture Biennial, supported by the TERRA Foundation. It was held in the historic Dining Room of the Hull House Settlement.Â

This was a public open workshop in which artist Tania Bruguera and members of the AsociaciĂłn de Arte Ăštil gathered to analyze case study projects from Chicago for entry into the Arte Ăštil archive, reflecting upon social art projects in the city (in a historical and contemporary context), alongside Arte Ăštil and its applications. Participants included Tania Bruguera, Alistair Hudson, Leanne Greene, Stephen Roper, (AsociaciĂłn de Arte Ăštil and the Whitworth, Manchester, UK) and Jennifer Scott and Ross Jordan (Jane Addams Hull House Museum).

Day 2: The Coefficient of Art, Architecture, and Mathematics

This was a closed workshop during the day to develop the concept of the Coefficient of Art, with mathematician Eugenia Cheng, Stephen Wright, Tania Bruguera, Alistair Hudson, artist Paola Cabal, and climate scientist Mika Tosca.

The workshop aspired to develop new methodologies, frameworks and terminologies for human creativity, moving beyond established categorization and binary systems. For the last two hundred years, the definition of art has been prescribed by a Eurocentric and colonial worldview developed from the philosophy of Emmanuel Kant (1724â€“1804). Here, working between art, mathematics, science and architecture we looked to devise new forms and taxonomies of art and art-like activityâ€”radically inventive conceptual structures that reflect the interdisciplinary and contextual circumstances of creativity in the world at large.

The workshop was followed in the evening by a public presentation of the ideas developed throughout the day. 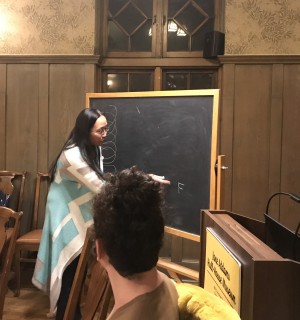 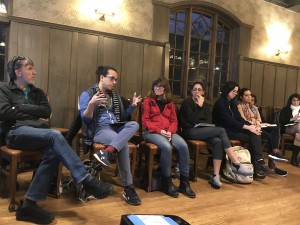 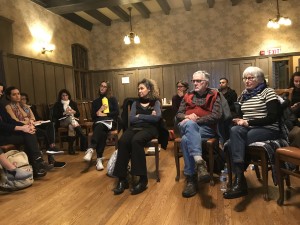 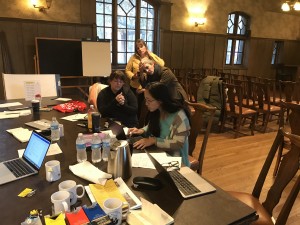 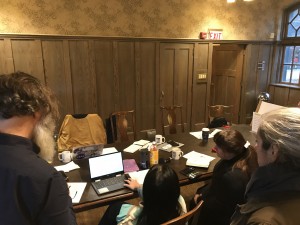 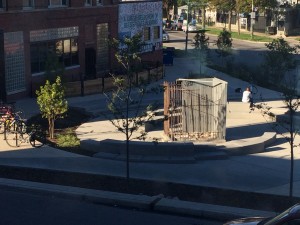 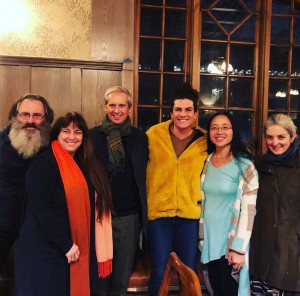