Under the new directorship of Alistair Hudson, co-director of the AsociaciĂłn de Arte Ătil, Middlesbrough Institute of Modern Art (MIMA) is forging a model for institutional change, implementing the principles of Arte Ătil and Museum 3.0 to repurpose this key UK art institute as âThe Useful Museumâ.

The institution is situated in a region facing severe economic uncertainty and cultural change, highlighted by the imminent closure of Europeâs second largest steel works. MIMA is now the UK headquarters of the AsociaciĂłn, with the Office taking a permanent position, occupying the first floor of the building, alongside the museumâs administration.

The Office of Useful Art presents the Arte Ătil archive as stimulus for initiating further projects in the town, whilst also being available as a free public space for meetings, educational work, community groups and constituencies.

MIMA is simultaneously driving forward with new Arte Ătil projects. These include a permanent home for the ‘Addams Dewey Gymnasium’ with Pablo Helguera, New Boosbeck Industries and the New Linthorpe Pottery as social enterprises and the current project Localism â a user-generated exhibition of the regionâs history and culture. 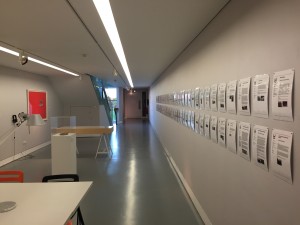 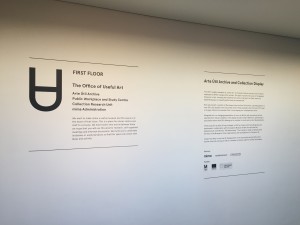 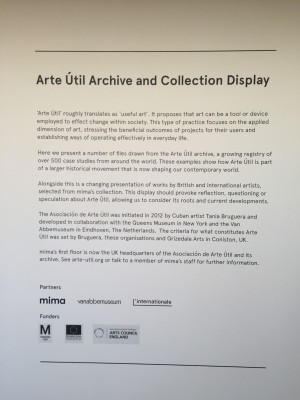