Women’s House is a project in progress where each stage is realised through a series of workshops done in close collaboration with women's shelters. In the workshops, the artist gathers women's personal stories of violence and abuse and casts their faces in plaster. While exhibiting results in museums and galleries, Iveković applies various strategies of display and presentation and develops further public and media campaigns using postcards, posters, interventions and advertisement in magazines and media. Each realisation reveals many pertinent issues closely related to particular geopolitical contexts: the problems related to the war in former Yugoslavia, the sex industry in Bangkok, honour killings in Turkey, abortion rights in Poland and the frightening level of domestic violence in the wealthy liberal democracies like those of Luxembourg or Genova.

The project aims to develop experimental and collaborative form that in various contexts merges artistic practice with social activism, to question the role of the museum as a social institution and to subvert mass media strategies, with the goal of raising visibility of the issue of violence against women and of offering tools for empowerment to women in women' shelters.

The project makes the issue of violence against women more visible and addresses it to the general public, while at the same time looks for ways for abused women to articulate and share their stories, seeking to find the means for collaboration and fighting victimisation.
The Women’s House has initiated a number of collaborations with Autonomous House in Zagreb, the Fraenhaus in Luxembourg, the Bangkok Emergency Home in Bangkok, Safe House in Peje, Kosova, Casa per le donne in Genova, the Centre for Women and Children in Belgrade, Vie-Ja in Utrecht, Mor Cati in Istanbul, and Federation for Women and Family Planning in Poland.

women in shelters for victims of domestic violence 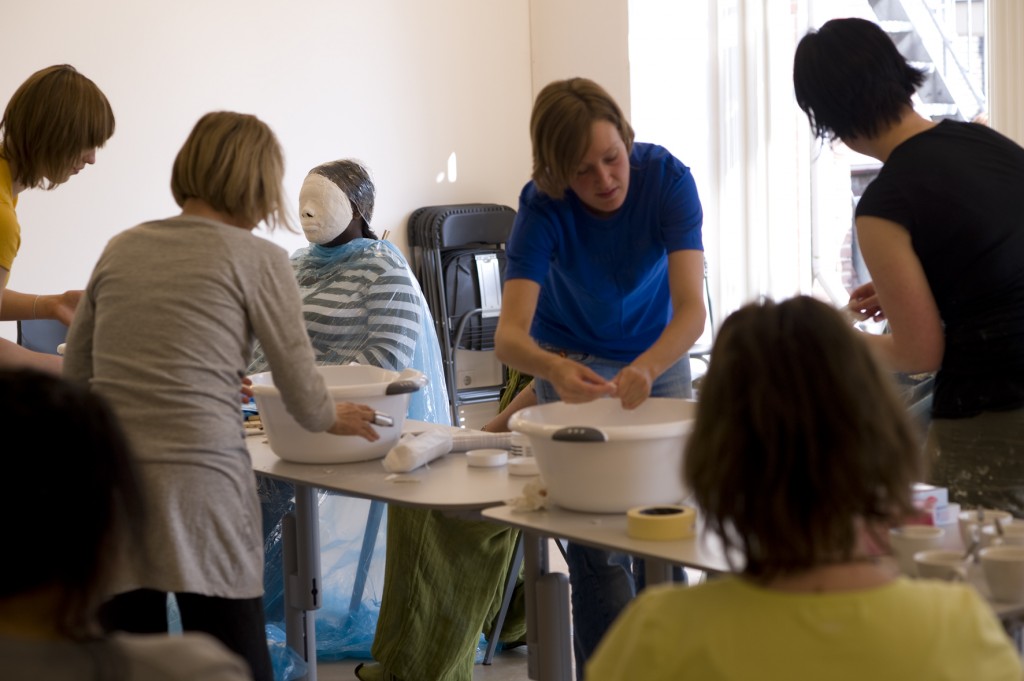