Tamms Year Ten is an all-volunteer grassroots coalition of artists, prisoners, men formerly incarcerated in Tamms, family members and other people of conscience. In 2008, at the ten-year anniversary of the opening of the Tamms supermax prison, the group launched a legislative campaign to call for its reform or closure. Men were originally supposed to be there for one yearābut at that point 1/3 of them had been in solitary confinement the entire decade. TY10 held hearings, introduced legislation, worked with legislators, pulled in human rights monitors, and negotiated with the Department of Corrections. After a difficult battle with the guards union, Governor Quinn closed Tamms supermax prison in 2013. "Tamms supermax prison at the tip of southern Illinois was designed for one thing: sensory deprivation. Permanent solitary confinement. No phone calls. No contact visits. No communal activity. No yard, classroom, cafeteria or chapel. Men never leave the cellāexcept to exercise, alone, in a concrete pen or in a cage if they are mentally ill. Food is pushed through a slot in the cell door. In an international human rights framework, this type of isolation is considered torture."
Ā«At Tamms supermax prison, every man is held in permanent solitary confinement. It was designed to impose the most extreme deprivation. Men never leave their cells except to shower or to exercise alone in a concrete pen. There are no communal activities, jobs or contact visits. Many men have serious mental illness (...) When the prison opened in 1998, prisoners were told they would be housed at Tamms for one year. When we launched Tamms Year Ten, one-third of the prisoners had been warehoused there over a decadeĀ» Laurie Jo Reynolds

The goal is to end the use of long-term isolation at Tamms supermax prison in Southern Illinois, USA. 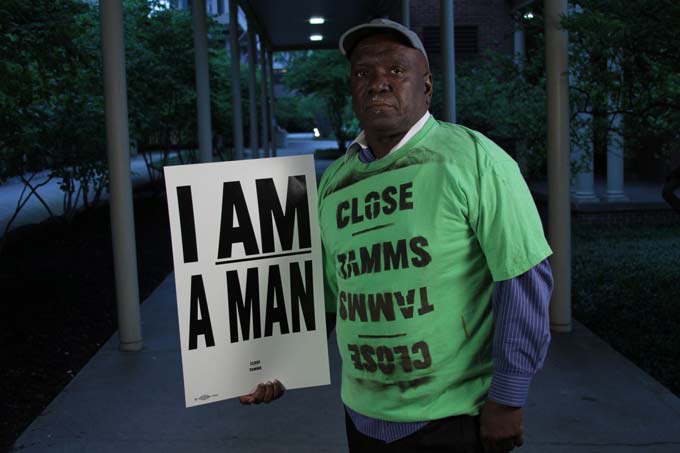