El Sistema is a pedagogical, artistic and social model to systematize the musical education. It has been operating since 1975 as the National System of Youth and Children's Orchestras and Choirs of Venezuela (Sistema Nacional de Orquestas y Coros juveniles e infantiles de Venezuela) recently renamed to Fundación Musical Simón Bolívar.
The program was created primarily focused on offering free classical music education for kids at risk of social exclusion. Under the motto "play and fight" the Sistema is based on a network of music centers called "nucleos" that work together with local communities to organize the instruction, the collective and individual practice of music among kids and youth through symphonic orchestras and choirs, as instruments of social organization and human development.
The program begon with 11 participants in a garage in Caracas. From that, the network expanded to 300 youth orchestras and choirs, with approximately 700,000 young people involved.

- Giving free access to classical music education, symphonic orchestras and instruments to kids and youth at risk of social exclusion.
- Offering Individual intellectual development and integral personal capacitation through the music.
- formulate local shared spaces as generators of culture, breaking the elitism of the high culture and recovering Art as a social right.

El Sistema runs lessons and workshops for children and young people, in which they learn to play, construct and repair special instruments, besides offering programs for children with disabilities or learning difficulties. It also provides technical and organizational assistance to all public schools that request their integration into the musical system and relies on neighborhood associations, parents, town halls and institutional representations to provide them with the necessary rehearsal rooms or musical instruments.
The system is a model that can be replicated and implemented in other countries and it has inspired multiple educational programs in USA, Canada, UK, Portugal, Spain. 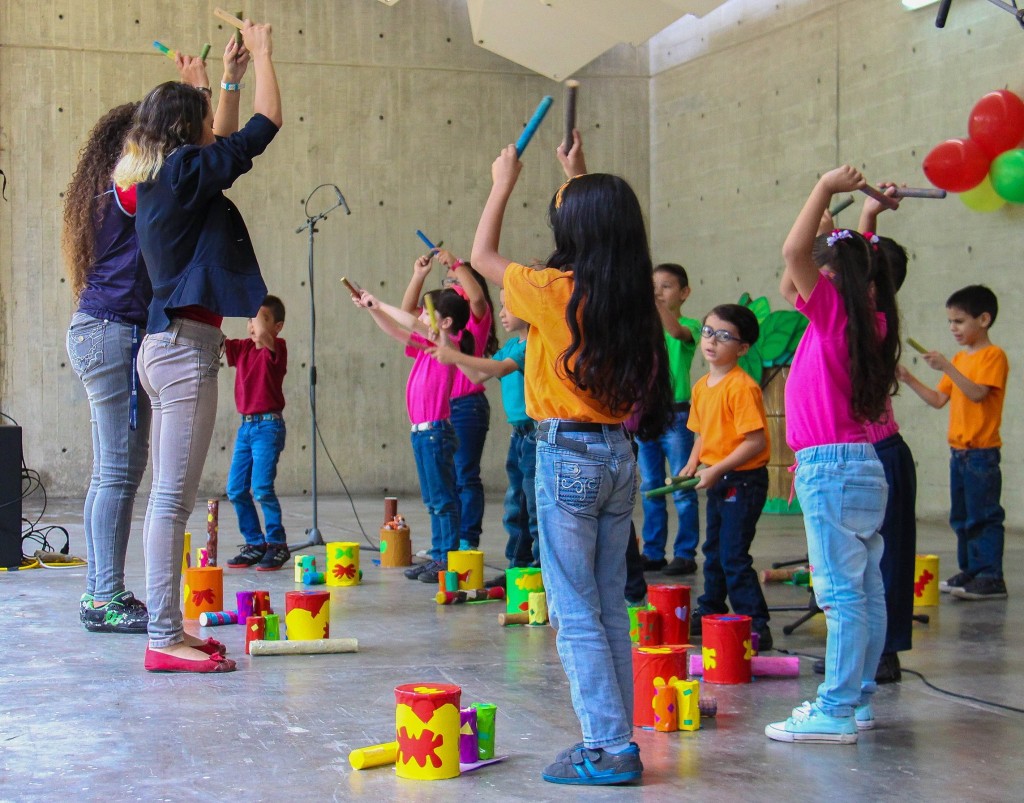