Room13Delmar is a tricycle-based mobile studio conceived as a sculpture: a cross between a vending tricycle and a ‘Mary Poppins’ bag that unfolds to create a space for creativity on the sidewalk, at a senior centre and at a veterans medical centre, north of Delmar in the city of St. Louis, Missouri. Delmar is considered to represent a major socioeconomic divide in the city, it demarcates the division between the poorer, mostly African American neighbourhoods located to the north, from the wealthier, largely white ones to the south.

To provide a visible public space for the creation of art. The mobile studio is conceived as both a celebration of the creativity that already exists north of Delmar, as well as a critique of the absence of creativity in the offerings of the Arts District. The project allows a one-day residency program dedicated to one artist of the neighbourhood who receives a small fee, aiming at proposing different activities around the mobile studio.

Inhabitants of north of Delmar as well seniors and veterans can use the studio to create their own object for free.

Inhabitants of north of Delmar, seniors, veterans, children and artists. 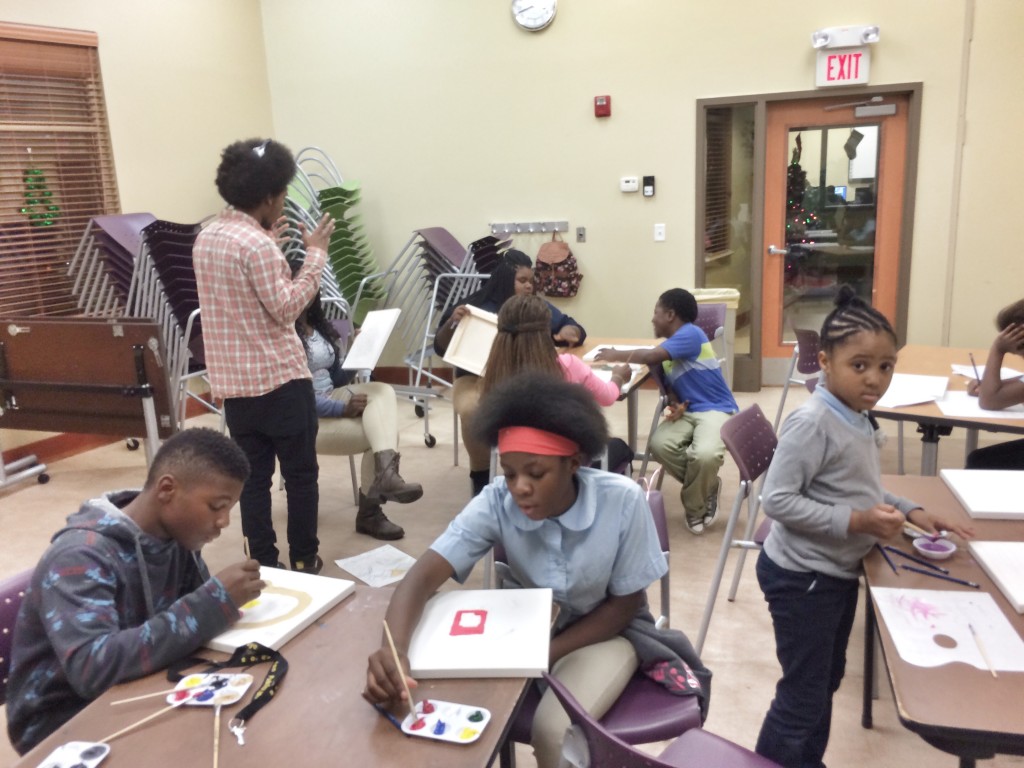