Contemporary sport (hyper competitive, commercialised, institutionalised, politicised...) is often perceived uncritically - especially as a mechanism of capitalist ideology and in its capacity of a globalizer/normalizer of societies. It is equally a source of countless traumatic, stressful and frustrating experiences for (queer) youth, (trans) individuals and others who challenge or do not fit its existing norms. If Sport (as Art) can be considered a laboratory and a contested site, then it is potentially one of the largest domains for social, cultural and political experimentation, but also innovation in contemporary societies...
- This exhibition and the QueerSport.LAB program is part of a broader international creative inquiry into tensions between Sport and LGBT/Queer realities. Artists and communities presented here with their works and documentation point to some of many tangents in which creative engagement can work against the normativity of sport through queer expression. Though physically far apart, contextually constrained and of different methodologies and operational networks, all share a common understanding of sport as a context that is neither fixed nor given, but one that needs constant claiming and self-organizing and most of all, imagining viable alternatives.

to queer existing and establish new forms and relations in sport that would be inclusing, diverse, with shared ownership and participation/emancipation of minorities 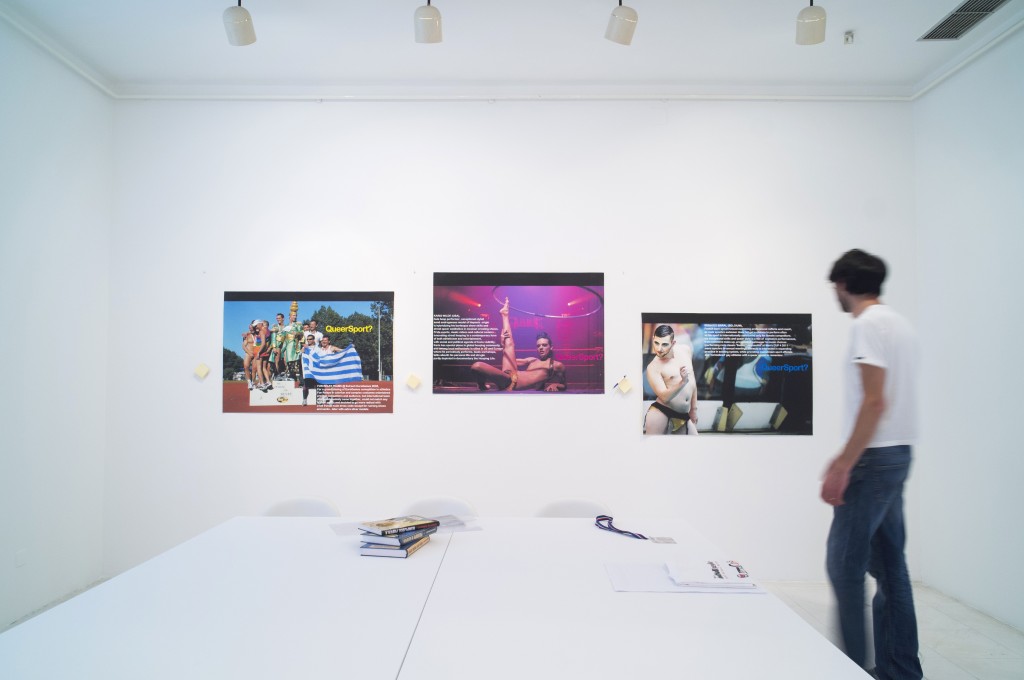