A series of inflatable shelters for homeless people that only can operate when attached to heating or ventilation vents of buildings. The air from the building simultaneously inflates and heats their double-membrane structures. The name of the project emphasises the relationship of the parasite that uses the energy of a host.
Rakowitz designed the paraSITE units in collaboration with the homeless people that would use them meeting their requirements and were built using temporary materials available on the streets, such as plastic bags and tape. The units are easy to transport.

paraSITE proposes the appropriation of exterior ventilation systems on existing architecture as a means for providing temporary shelter for homeless people.

Built and distributed to over 30 homeless people in Boston, Cambridge, New York City, Baltimore and Ljubljana. These shelters functioned not only as a temporary place of retreat, but also as a station of dissent and empowerment; many of the homeless users regarded their shelters as a protest device, as a refusal to surrender, and made visible the unacceptable circumstances of homeless life within the city. 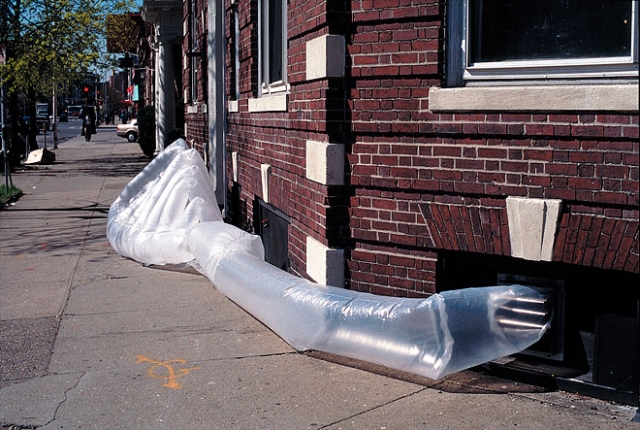