Adapting and fusing a lottery model for art funding that survives despite the dwindling of other cultural budgets and ÔÇŤarisanÔÇÖ, a commons-oriented micro-crediting system popular in Indonesia, Parasite Lottery invites a number of art organisations of different scales together as bidders, winners and hosts of lottery drawing events that are open to the public. The winners receive a sum of money to be used as a ÔÇťfee for deviationÔÇŁ. In other words, the prize money should be spent on something that the winning organisation would usually never have the budget for.
Beyond the prize itself, Parasite Lottery is a collective exploration of chance effects, not just in the thrill of winning, but also through a series of gatherings that will take place around it, including talks, food, and music.

To create a collective-funding system for different scale of art organisations through funding redistribution and social engagement.
To invoke key issues relating to cultural policies and their effects on art organisations, ranging from post-crisis austerity measures
ÔÇöincluded particularly draconian budget cuts in the cultural sector which were legitimised by the portrayal of artists as ÔÇťparasitesÔÇŁÔÇö, and precarity to the debt economy, and questions concerning sustainability and solidarity.

The project is intended as a tool that can be used by any community and collective.
Following this system, the small organisation gets fund from the bigger institution, while the big one gets money for a deviation.
It turns to new strategies to face the lack of funds necessary to produce new art and its conditions of existence. Parasite Lottery experiments with a game of chance and desire vis-├á-vis ways of redistributing funds among art institutionsÔÇöa redistribution that, in the future, will hopefully include artists and other cultural workers. At the same time, it intervenes in the economy governing artistic production. 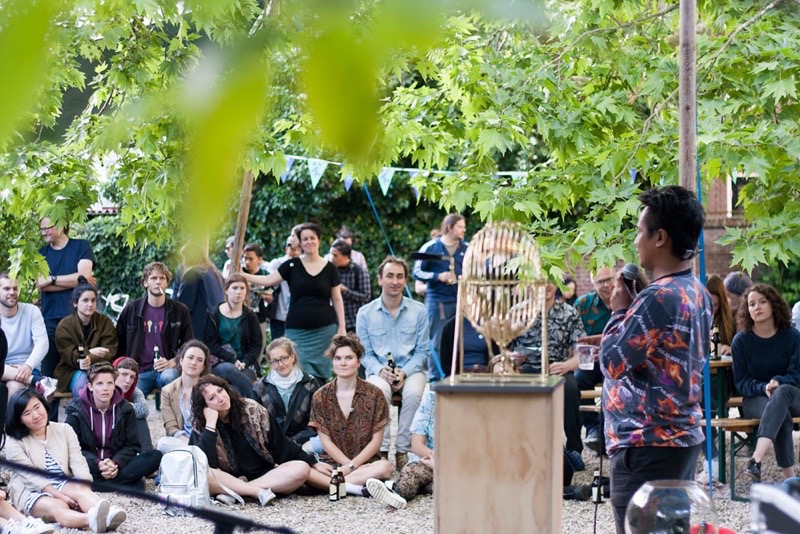