The project involved the citizens in the public destruction of weapons using a steamroller in a military base. Subsequently, the metal was reused to create shovels, which served to plant trees. On the handle of each shovel blade, there is a description that shows how the weapon has now become a peaceful instrument. The project was supported by a local TV station, which invited citizens to give up a weapon, and also, a local chain store which gave a coupon to be used for shopping by anyone who gave up a weapon.

To make the public aware that there is a direct relationship between crime and the number of weapons in circulation.

During the first campaign, 1527 weapons were collected. 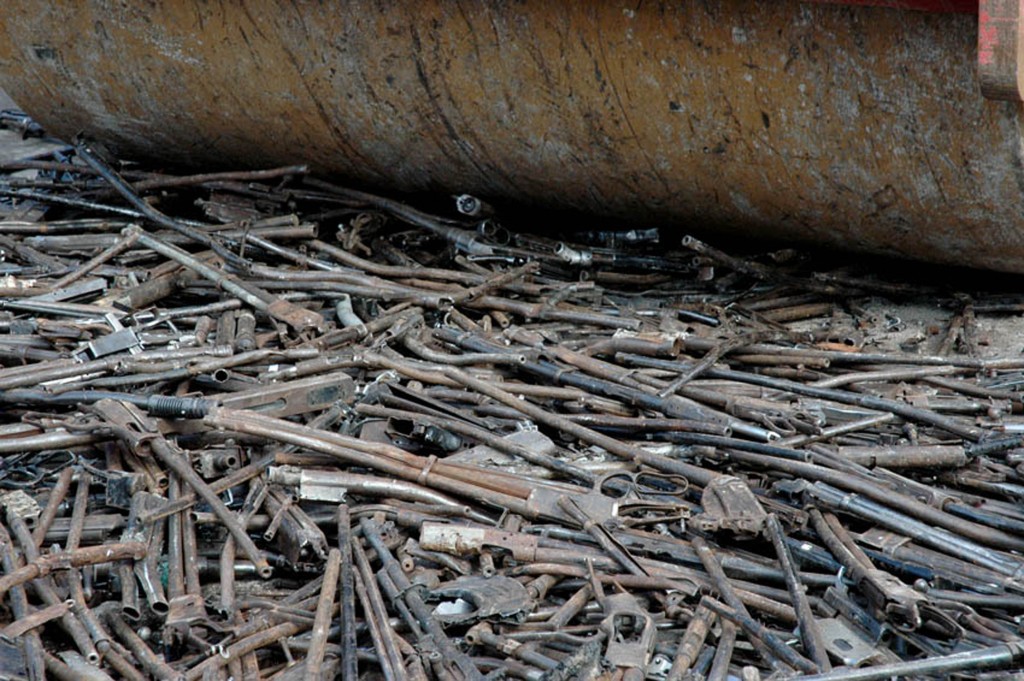