The project consisted of a basketball game as a performance between local youth and police officers in which the rules were changed every quarter. It included pre-recorded and live video interviews by youth reporters with local residents. During earlier phases of the project, the artists and her collaborators worked to propose a Youth Policy Initiative to be discussed during the performance through a series of telephones in the lobby that was connected to a hotline for audience response to the policy. The project is one of eight major works that comprise 'The Oakland Projects', a series of installations, performances and political activism created by the artist in collaboration with multiple artists, high school students, youth activist, educators, law enforcement agencies and government officials in Oakland, California.

This yearlong project consisted of a performance, policy interventions, collaboration with the city council, a media strategy, video documentary and screening, and direct services to participating youth in order to propose a Youth Policy Initiative and to raise funding for the development of a youth-to-youth program.

The event was attended by the mayor and city council members, who eventually passed the Oakland Youth Policy Initiative and funded $ 180,000 for a youth-to-youth granting program. 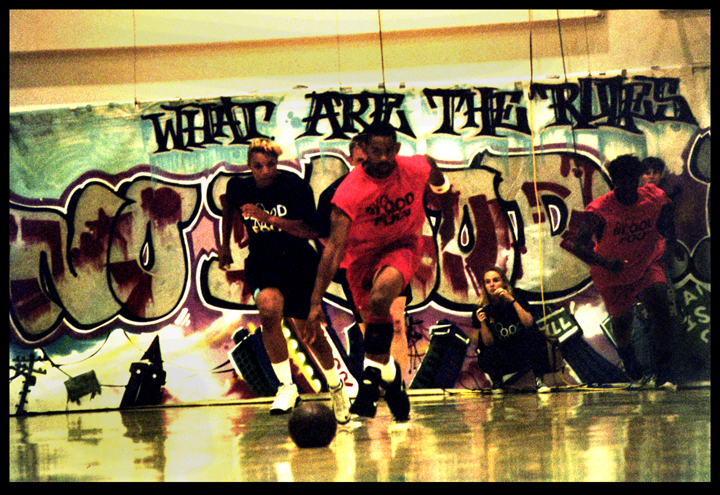