In Mexico, there is no official language, but unofficially Spanish and Nahuatl are recognized as the principal languages. There are 68 native languages and 364 unofficial language variants accepted by different laws or treaties in their respective territories or indigenous ethnicity. Nahuatl is considered to be the indigenous language with the highest number of speakers in the present.

The concept of national integration has created policies in homogenization with the Spanish as a national language. The Indigenous languages, their cosmogony and culture have been relegated to "conservation", enclosed in folklore and exoticism.

Within this context, Matria has as its primary objective to put the indigenous languages into use with a series of specific actions through workshops, meetings, forums and the application of them in materials of daily use: texts, films, or any expression of everyday use.
F.i. "The future is in our languages" (a workshop with professionals of dubbing to learn how to translate movies like Blade Runner to the indigenous languages.

-Put the original languages in the future and contemporary thinking.
-Revalue and create bridges between different traditions, worldviews, codes and cultural practices.
-Promote that languages should be present in daily use
-Understanding collectively that large infrastructures or technologies are not required to be able to bring these languages to contemporary life. It is a matter of political, personal and collective willpower.

The workshops are designed to provide tools to the attendees, who will be able to make use of them in their daily lives, e.g. a dubbing workshop to give speakers the ability to translate movies into their original language. Some texts of contemporary thought have already been interpreted into native languages (free access on the website) and "Blade Runner" has been dubbed to Nahuatl.

Speakers of various languages throughout Mexico, language activists who are developing projects on the subject 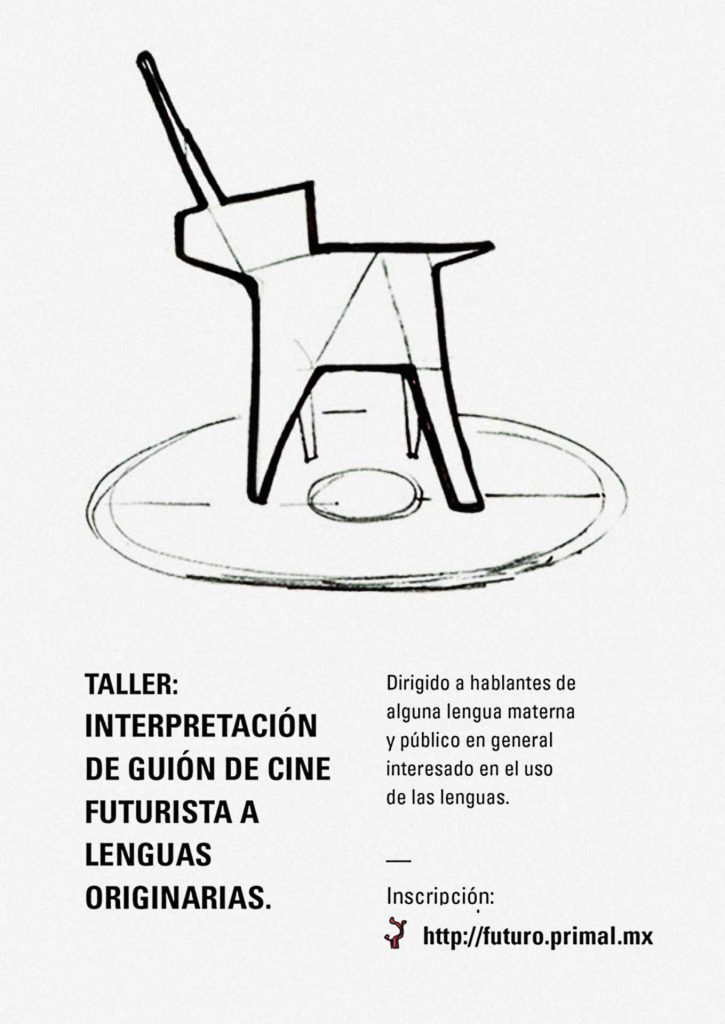