During the Kosovan War numerous young refugees had found shelter with families in small Macedonian towns and had not had access to any schooling.
WochenKlausur decided to establish a network of language schools. Initially seven spaces were rented on the Kosovo border â€“ around Gostivar and Pristina â€“ and furnished as classrooms. Organizations like KulturKontakt, the Rotary Club of Vienna and the Womenâ€™s Initiative Against War, as well as the Veuve Cliquot company and many private individuals, contributed a total of â‚¬48,000. The group held a lottery in the Austrian pavilion at the Venice Biennial: for 20 euros visitors could choose from an array of surprise bags containing prizes sponsored by a variety of Austrian and Italian companies.
The language courses were organized and administered in cooperation with the Macedonian civil rights organization ADI (Association for Democratic Initiatives). ADI also hired the teachers, who offered courses in English, German, Italian and French. Additionally, Biennial visitor Jeannette Armer, a teacher from Cambridge, spontaneously agreed to teach on a volunteer basis for an entire year.

Take the chance to involve 200,000 visitors in a project to help refugees of the Kosovo War â€“ a mere 300 km from Venice and help to improve the professional
qualifications of the refugees.

Upon completing a course, each participant received an official diploma. As a civil rights organization involved in training for NGOs, ADI was certified by government authorities to award these certificates. Funding was sufficient to operate the language schools for three years. At the end of 2000 the courses in Macedonia were discontinued, because most of the refugee families had returned to Kosovo. Four classes were transferred to Kosovo and ran there for
another year. 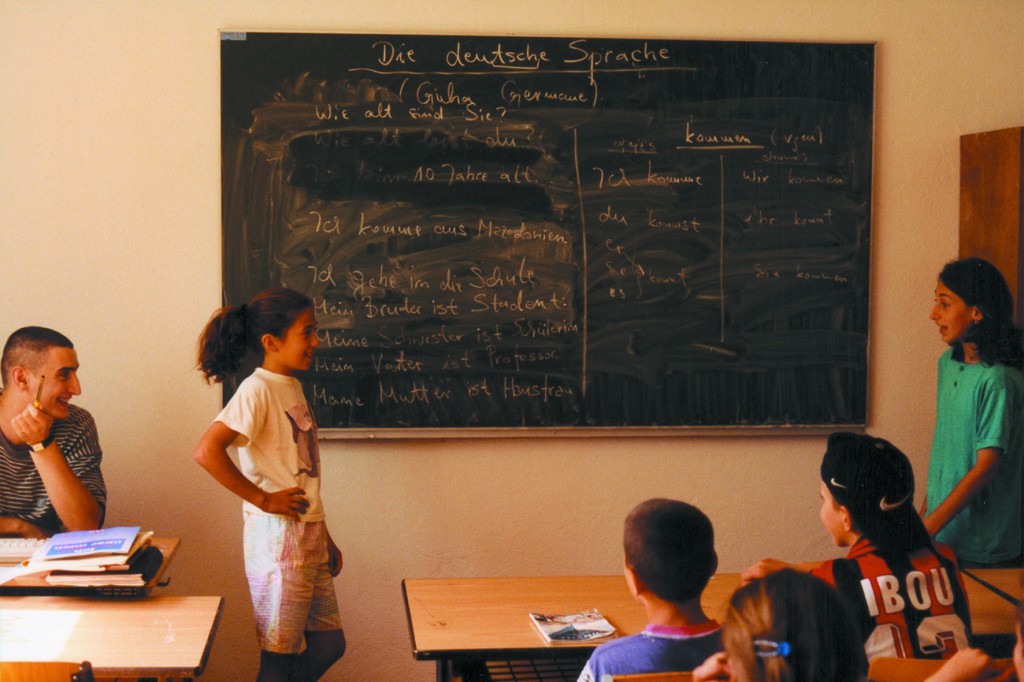