The project consists iof a construction manual, conceived as a recipe book, dedicated to women in Kosovo addressing the lack of sheltering space after the Balkan War. The content of the box has been created throughout worksps by women from Prishtina and Vushtrri and it was developed in collaboration with the School of Architecture in Prishtina and in London.

Propose a solution for the lack of shelter for women.

Some of the Kosovo Boxâ€˜s architectural ideas were integrated into an architectural local proposal; women of Vushtrri formed a group and occupied the building site for their â€™women only-buildingâ€™ (finally the site was not given to the women and the house was not built); the project was published in architectural journals in England and Germany and shown on Kosovo media. 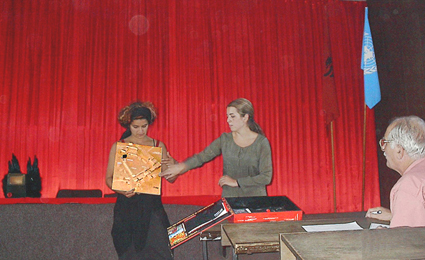