The Institute for Human Activities (IHA) began its operations on a former Unilever plantation, located on a tributary to the Congo River, 800 kilometers upstream from Kinshasa. Here, in one of the most disadvantaged regions of the world, the Institute launched its five-year Gentrification Program in order to recalibrate art’s critical mandate.
The Settlement serves as an in-vitro testing ground where the IHA mobilizes the modalities of art production, seeking to acknowledge the economic mechanisms through which art has the greatest impact on social reality. The institute uses capital accumulation as a tool for artistic intervention, enabling art to make productive use of its dependence on existing economic structures.

In the Congolese interior the IHA is building an art center which will generate a sustainable source of income for the local population through the production of critical art. It thus endeavors to make critical artistic reflection profitable for the poor.

The results of the Gentrification Program will be shared with audiences in Africa and around the world through lectures, exhibitions, film and television. 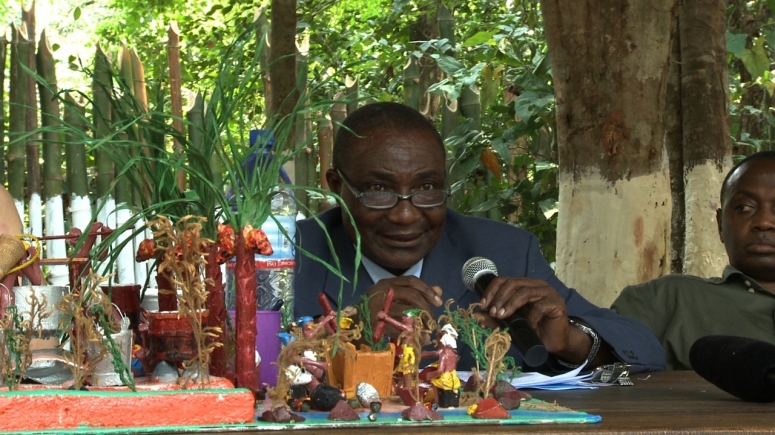