‚ÄėHucha de deseos: ¬°Todos somos un barrio, movil√≠zate!' collected the Peseta coins (former Spanish coin) and banknotes in a public collection site in Plaza Puerta de Moros, La Latina neighbourhood. Along with the Peseta collection, the project asked the neighbourhood and the users of the area what they would like to realise with this public and worthless money in and for La Latina. The project collected and published the wishes. The first phase of the project was realised in the neighbourhood of La Latina. With the help of a website (designed bij zoohaus and the artist) 512 wishes in and for La Latina and approximately 85,000 Pesetas were collected. The project created a dialogue and neighbours of La Latina met for a day in El Circulo de Bellas Artes. Together they decided what would happen with the collected wishes and the Pesetas, worth ‚ā¨513.70.

The project served as a model to empower people and offered a creative platform that allowed people to work together, to develop a collaborative spirit and inclusion. The project offered the experience of a collective decision-making process. It combined an aesthetic appearance in the form of a multi-media collection site, a blog, posters and public interventions with a meaningful invisible sculpture in form of an ongoing public debate.

The Open Space event led to the selection of two proposals. The frequently-voiced wish for more green space in La Latina was realised through planting eight plum trees in Cornisa Park. The Asociaci√≥n Amigos de la Cornisa-Las Vestillas realised this wish with a collaborative action. The second wish, putting a letterbox in La Latina to exchange ideas and inform each other of events, was also realised in the shape of public black boards. Since Spain‚Äôs current precarious situation within the Euro Zone arose and the resulting May uprisings in 2011 occurred, La Latina became one of Madrid‚Äôs neighbourhoods, which responds to the current economic crisis with weekly neighbourhood assemblies. The locals took ownership of their public space. El Campo de Cebada, the former leisure center site, is a derelict building site that, since 2011 and in negotiation with the city council, is used by the locals for cultural activities, which proved the artists' methodology could be sustained and continued in the future without her presence. 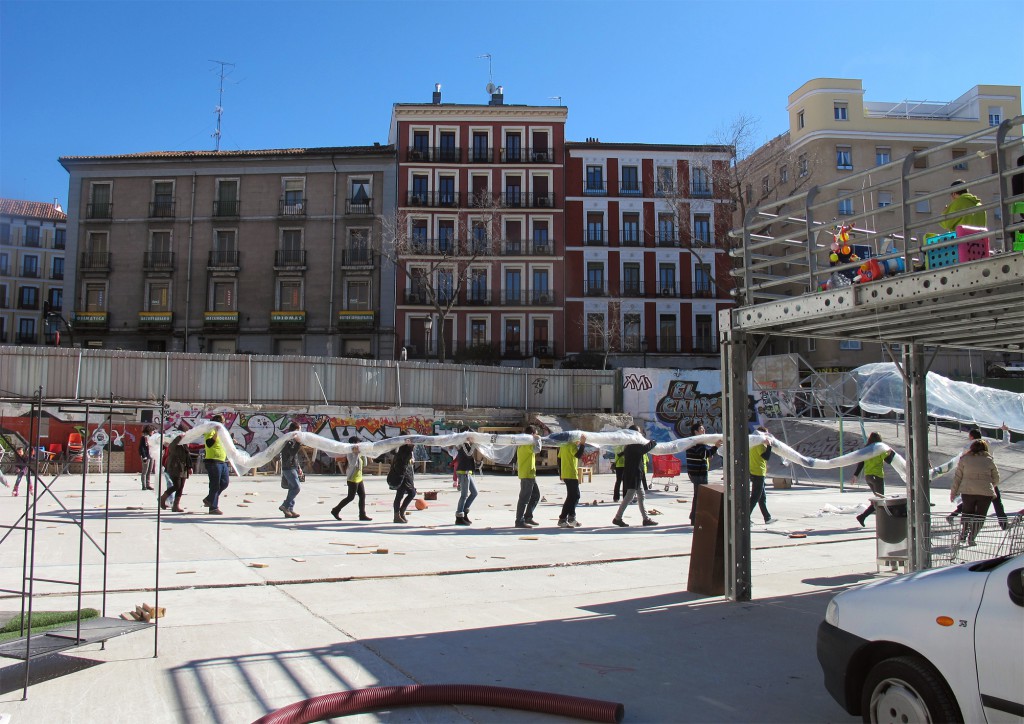