Initially conceived as a community temporary garden to encourage residents to critically think about misused and underused space, the project became the ground for participatory urban experimentations in the La Chappelle area of northern Paris. The initiators together with the residents started establishing a garden using recycled materials and they fostered a flexible use of the space in order to preserve a so-called 'urban biodiversity'. They invited different external collaborators to organise workshops and other activities, which provided the garden with a series of modules of mobile furniture such as an urban kitchen, a play station, a media lab, a library, a rainwater collector and a joinery mini-workshop.

To encourage residents to get access to and critically transform temporary misused or underused spaces.

Offering the inhabitants the chance to occupy an abandoned space and transform it into a participatory garden and a place for debate. 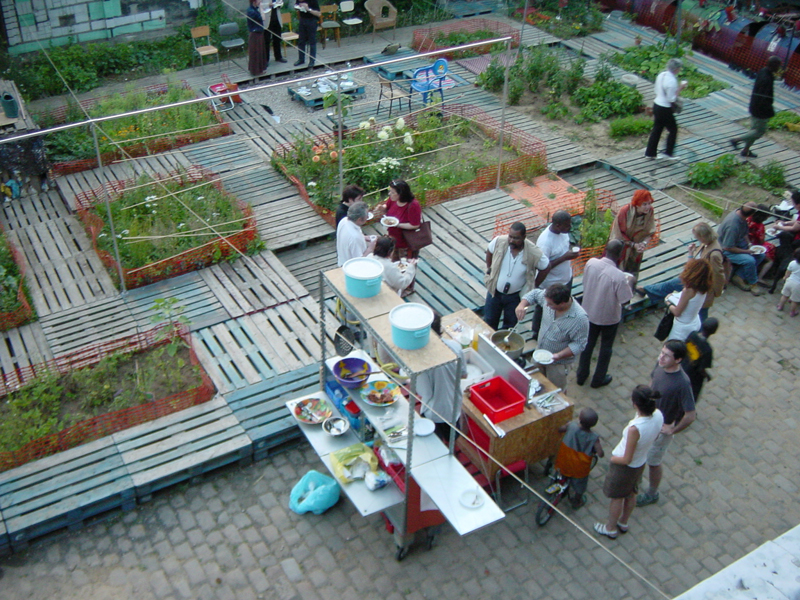