The project consists on a legal instrument drafted as a response to the housing crisis: the lack of affordable homes, absence of provisions for those without legal right to stay, rising rents, and the criminalisation of squatting. Husni-Bey in collaboration with different participants (lawyers, activists, academics, squatters, researchers and cultural workers) wrote the text through a series of public drafting assemblies. During the collective sessions the document was created, amended, critiqued and transformed. To be able to assist in making legal claims in court the convention was written with the assistance of lawyers, yet it uses a legitimate form to make claims that are currently not considered legal. The document therefore provides an explanation of the motive behind an illegal action - squatting for instance - and attempts to unite and protect struggles against the privatisation of space and housing.

Legitimate and protect certain uses of â€˜emptyâ€™ space to be occupied to produce non-marketable uses: living, sharing knowledge and skills, occupying space in protest, running cooperative systems of wealth and labour distribution, providing mental and physical support, or protecting space from environmental destruction. Going forward the Convention will be hosted in different EU countries, translated and open to further amendments, in order to produce a â€˜European Convention on the Use of Spaceâ€™.

Facing the absence of European laws protecting the urban commons, the convention supplies the lack and acts as a contract. Subjects that sign it agree on its principles and guidelines. The convention can be used as a supportive document in court and affixed in spaces threatened with eviction.

The artist and host organisations

Open to all users 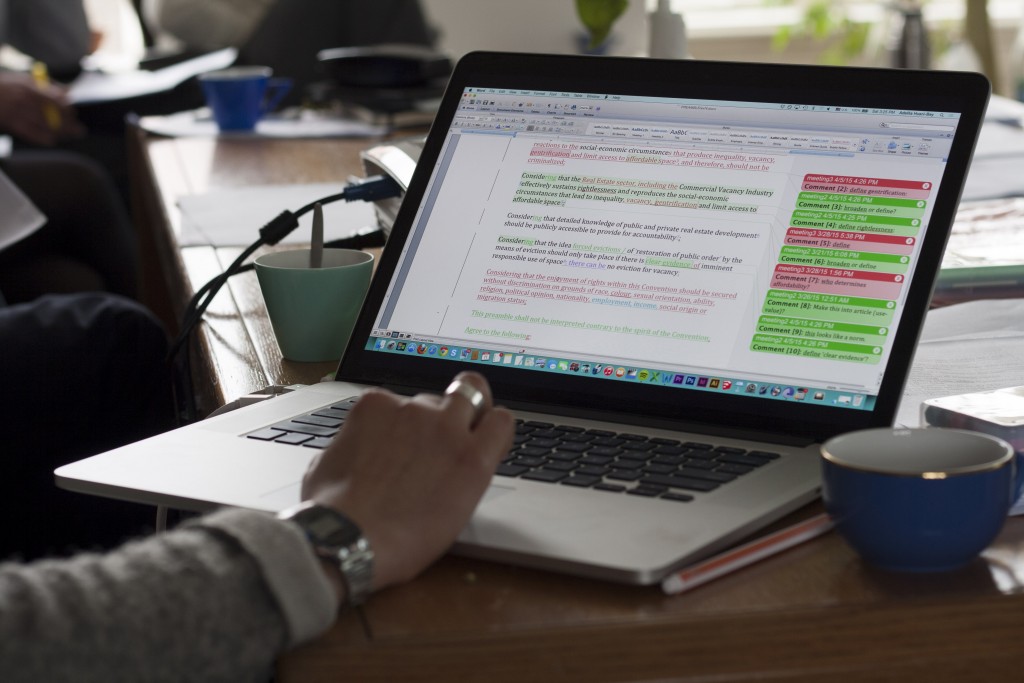