BeeCare is an interdisciplinary art project that combines sociological, ecological and educational elements through performative acts, sculptures and scientific research. It is a series of art interventions in public space, addressing the urgency of the global pollination problematic by creating Inner Cities as Nature Reserves for pollinators. Pollinators are the basis of a healthy ecology and the cause of being in the midst of the sixth mass extinction. There are 360 different species of bees in the Netherlands, half of them are on the list of being endangered and becoming extinct. There is one species of honeybee, the rest of the species are wild bees. Honey bees are quantity and wild bees (solitary bees and bumblebees) are quality pollinators and form the very basis of the biodiversity in the ecosystem.
Nowadays, bees do better in inner cities than on the countryside. This is mainly due to toxicity in the water system through the use pesticide over the last 50 years, monoculture of crops grown that delivers food only in certain periods of the year and destruction of nesting opportunities. Between the beginning of the 90’s and 2018 we measured a decline of 75% of flying insects. The trend goes towards a greater loss, which will have grave consequences for biodiversity in the near future.
Buckminster Fuller says: ‘If you want to change how someone thinks, give it up; you cannot change how another thinks. Give them a tool, the use of which will lead them to think differently.’ The sculptures that are placed in public space are tools for local citizens to get hands-on engaged in creating Nature Reserves for pollinators. A healthy social cohesion is a precondition for ecological sustainability.
The sculptures are made in partnership with the Dutch Nature museum (Naturalis), the ecology department of the TU Darmstadt in Germany and a group of entrepreneurs, who through the means of state-of-the-art 3D printing processes believe in a holistic approach with circularity and upcycling as a must.
BeeCare is a GLOCAL intervention project in public space, conceived/executed by Hans Kalliwoda and produced by the Blindpainters foundation.

Awareness creation of problems and potential solutions in inner-city neighbourhoods by using diverse artistic methods.
Installing tools for local citizens to engage them in spiritual and cultural transformation.
Establishing thresholds of healthy environments with an infrastructure where indigenous bees can survive and flourish until the countryside has lost its toxicity.
BeeCare contributes to knowledge creation and transfer, avoids species extinction and advances biodiversity.

Taking away stinging fear by door-to-door leaflet spreading on differences between bees and wasps; The RefuBee campaign in public space; Lobby on green policy management to adjust mowing; Organic beekeeping with own honey bees; Symposia on ‘Biodynamic Beekeeping' and ‘The Inner City as a Nature Reserve’; Distribution of 5-star Bee hotels; Annual Bee Film Festivals at the local cinema; Guerrilla gardening, sowing and planting with people in all seasons in the neighbourhood; Workshops on gardening and on making bee hotels; Distribution of information via various media channels (newspapers, digital); The Veggie Rocket' education project in Amsterdam schools; Inspiration sessions on swarm intelligence for top managers of Rijskwaaterstaat at the 'Future Pollination Lab' ; Pushing for alternatives to pesticide used in parks and on roadsides. With the support of people in the neighbourhood, we set up an exemplary case to replicate and implement in other Inner-city neighbourhoods, nationally and internationally.

General public and everybody who enjoys biodiversity and a variety in their diet. 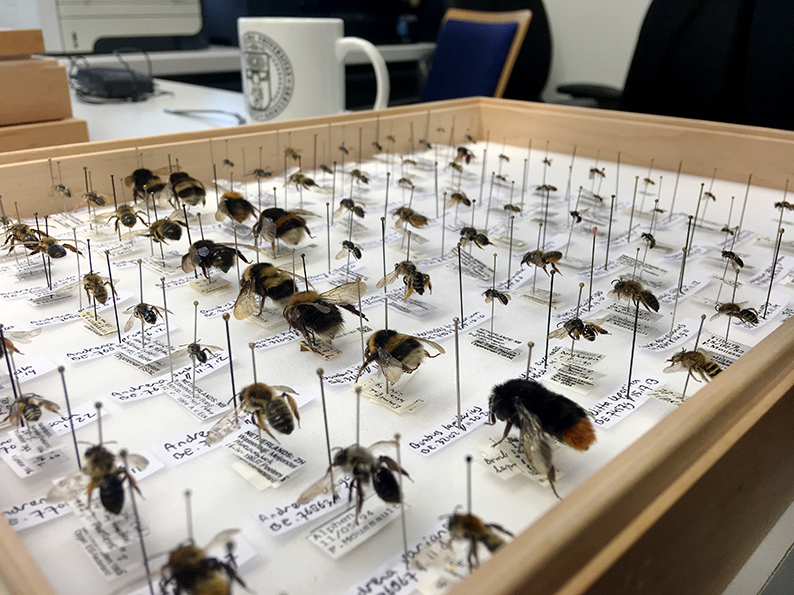