The current manifestation of the Office runs parallel to the Localism exhibition at Middlesbrough Institute of Modern Art, this is a crowd sourced exhibition of the history of art and its use in the town of Middlesbrough – an exhibiton, or rather an expression of local culture, created by the museum’s constituents (or users, depending on your view). This is all the more pertient as the town’s steelworks, the reasion for the town’s existence, was closed last week with the loss of 2000 jobs and the Thai parent company liquidated in the face of falling global steel prices. The government has refused to step in.

These are hard times. Our thoughts go back to the 1980’s in Liverpool when the city’s apparently antiquated industries were left to managed decline by the Thatcher administration, in favour of a new era of services, leisure and finance – with no need for ‘dirty jobs’. This narrative was accompanied by a right wing agenda to stamp out the ‘last twitching arm of socialism’ in Liverpool and a left wing radicalism manifest in the Socialist Worker and the more extreme Trotskyists of Militant.

For this occasion we have concocted a hydrid logo that mutates the Socialist Worker newspaper mast head and tries to encapsulate the complexity and serendipity of our current moment. Localism was the brand name Cameron’s government used to give power back to the ‘Local’, seemingly as a means to withdraw state support. Equally we could view Localism as a means to reclaim power from the ground up – right and left coming full circle in much the same way as the capitalist’s Mechanics Institutes of the 19th Century became the crucible for unions, co-operatives and democracy. It is apparent that Arte Util projects are distinct for working in the local, in immediate, urgent and specific circumstances.

This new logo is being tested on biscuits, T-shirts, pan scourers and products that can be sold to raise funds for the Asociasion and new util projects. More to follow. 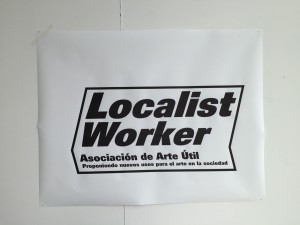 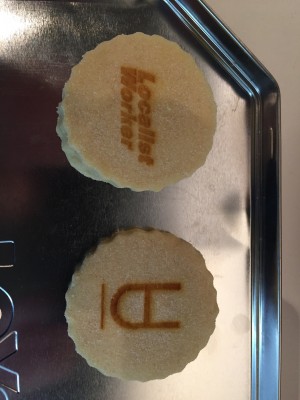 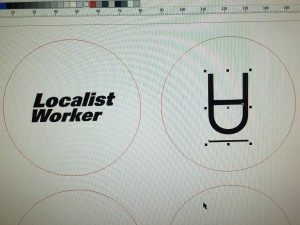